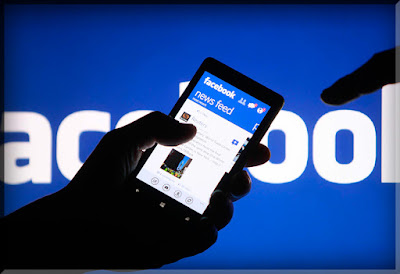 So... Facebook is listening to your conversations. There's no fancy or poetic way of saying it. Those 'terms of service' agreements you acknowledged when you downloaded the app updates gave Facebook access to your phone's camera and microphone (as well as pictures, video, call log, and contacts). There is literal proof that this is happening. I'll tell you my firsthand experience, but try it for yourself and be prepared to be scared. 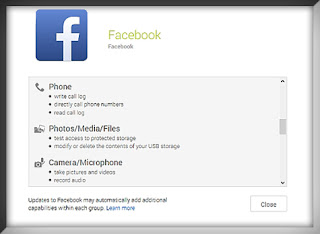 My wife and I were having a conversation with my brother and his wife about ADD. One of us suggested that perhaps it is a condition caused by lazy parenting, and that some attention and restrictions could make a child more patient and well-behaved... another idea was that perhaps all children struggle with a short attention span. Either way, someone noted, there are better solutions than medication.

Minutes later my wife opened the Facebook app on her phone and saw an article on ADD and the over-medication of children.

Later that night we get on the subject of dentistry. I explained my "dentists are quacks" theory and we slowly moved to discussions about fluoride and Tom's organic toothpaste. Finally, my brother made the point that Neanderthals did just fine without ever seeing a dentist. That's a very far-out topic and the last thing we would expect... happened.

My wife opened her Facebook app to find an article suggestion about prehistoric dentistry.

We explained this phenomenon to my parents and my Dad couldn't resist testing our hypothesis. After we told him Facebook is listing for keywords in conversations he leaned close to my Mom's phone and started describing how much he wanted a new Jaguar. "You know, I am really in the market for a new Jaguar, I just don't know where to get one."

Seconds later my Mom looked at her phone and sure enough the very first "article" Facebook suggested was an ad for a Jaguar dealership.

...we all know that terms you search in Google are tracked and categorized (in case you murder someone and recently did a search for axes and the best place to hide a body). We have come to accept that the things we type into a computer are no longer private.

However, we have not intentionally signed up for this flagrant invasion of our privacy through our phones' microphones and cameras. Conversations that we have with other humans should be private unless we are aware that they are being recorded. Most of us have no idea that our phones are listening in on our private exchanges with loved ones and trusted companions. We have a right to know that social media companies are tracking our interests and opinions based on the things we say... while the app is not even running.

Turning off the "Background App Refresh" button is no longer an option. I have not updated my Facebook app since version 29, but my wife has version 46. 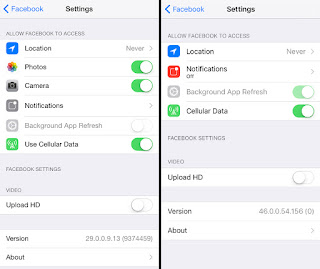 As you can see, she does not have the option to shut off Background App Refresh on her phone. It is "greyed out." That leads me to believe that Facebook is running anytime it wants, and can access the microphone, camera, or any other feature... anytime at all.

... but what are we going to do about it? Log off? Use Safari instead of the app? We are so addicted to social media that we have little recourse. We want to see our friends without calling them. We want to see our families without getting on a plane. The price of this convenience is our privacy, and we are paying dearly.

The only thing that can stop an irresponsible company from taking advantage of people is a massive shift in perspective. The people need to choose not to allow this to happen by deleting the app or turning off their phones.

* it should be noted, this is not the first article to address the breach of privacy in the Facebook terms of service. Various news media have tried and failed to save us from ourselves. Here are several other sources that address this topic...

This article poses the question, then quotes Facebook saying it's a myth:
http://www.webpronews.com/facebook-listens-2015-02/

International Business thinks we will get used to the privacy invasion:
http://www.ibtimes.com/facebook-microphone-update-electronic-surveillance-experts-react-smartphone-mic-data-1589575

Facebook got this article to correct itself and remove the word "eavesdropping":
http://www.forbes.com/sites/kashmirhill/2014/05/22/facebook-wants-to-listen-in-on-what-youre-doing/