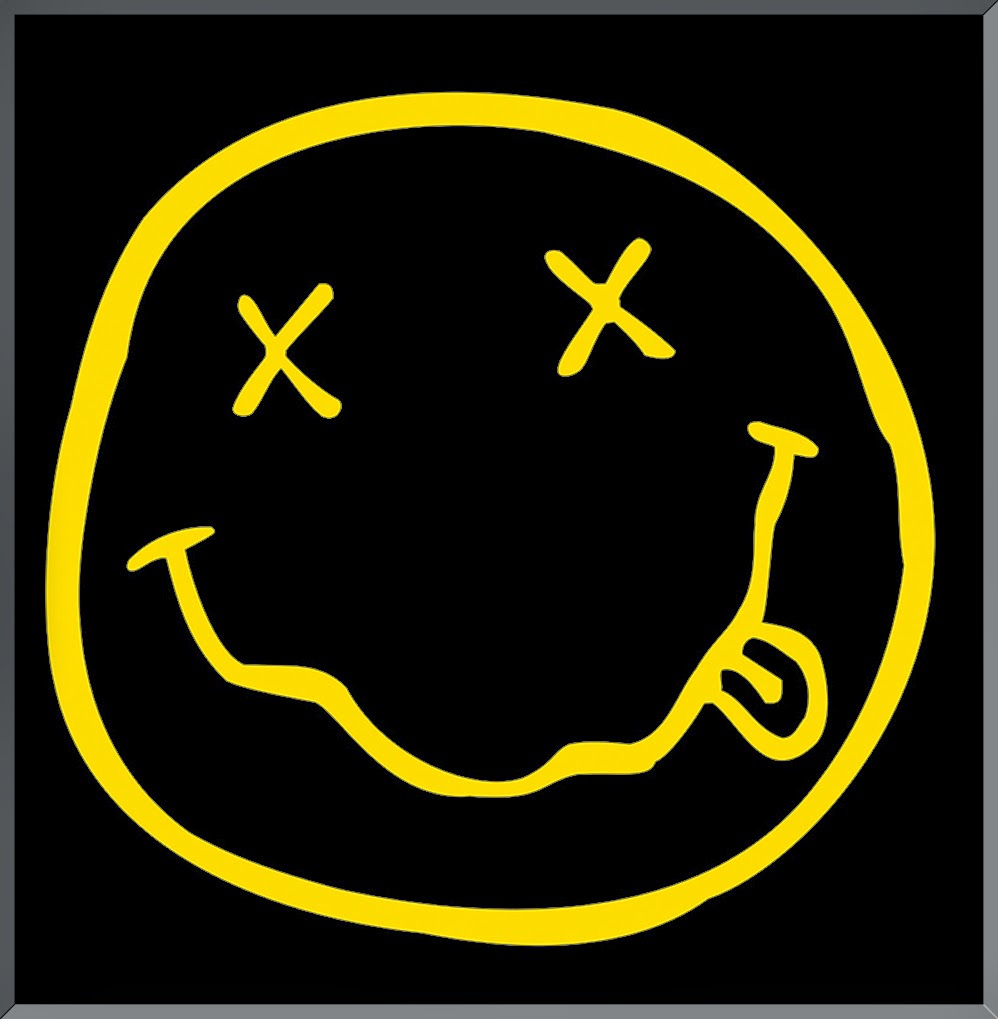 Who better to write about the legacy of Nirvana than a 30-something who lived through it all? Everyone over 30 remembers feeling sad and disappointed when they heard that Kurt was dead, but only the real fans remember the whole story. The quiet guy with the sarcastic smile on the cover of every magazine. The one who didn't want to be famous who was lifted to the very peak of stardom in a very short period of time. Kurt Cobain was Nirvana. He was the spokesman of the 90's. Every high school across the nation tried to create a mosh pit at their school dance. Every kid who felt disenfranchised and ignored by the mainstream had someone they could identify with who felt exactly like they did. The legacy that Nirvana left behind is undeniable, but there are several things that most articles have left out.


1. Kurt Cobain Didn't Want to be a Star

Cobain didn't take interviews seriously. He realized it wasn't about him. He made the music and tried to let it speak for itself. He gave sarcastic Lennon-esque answers that turned an interview into a mockery. He wore old, comfortable sweaters and t-shirts with punk rock logos on them. He was just a dude. He left the serious rock and roll superstar stuff to Axel Rose. In an interview with Kurt Loder on MTV, Cobain described an run-in with Rose where he and Courtney Love asked if Axel would be their child's godfather and Axel Rose tried to pick a fight.

Rose was the iconic stereotypical rock front-man. The leather pants, the bandana, shit, even the band was named after him. Guns N' Roses might as well have been called Axel Rose and The Other Guys (who happened to be pretty damn good musicians). Nirvana was the complete opposite. They were not decked out in flashy outfits or gimmicky face makeup. They were themselves and they were fine with it.

2. His Talent Was Not Manufactured
The guy had talent. Real talent. There was no such thing as American Idol. In the 90's, you had to start in the garage and practice and write songs and then play shows and build an audience. Cobain had something inside him that made people react. He had soul. His haunting voice conveyed his personal struggle with each strained note. I still get the chills when I listen to Where Did You Sleep Last Night. He was not the best guitarist in the world, but he was an innovator. He spent years knee-deep in Melvins cassettes and had a deep respect for the musicians that came before him. His enthusiam was undeniable. The guy suffered from an unidentifiable stomach virus and was in nearly constant pain... and anyone listening to him sing could feel that pain.

Everyone knows the anti-conformity tagline of Smells Like Teen Spirit (namely, 'f*** what they expect, do what you want!'), but there was more than that. Cobain was a deep thinker and his lyrics were a passive (and at times sarcastic) fight against inequity and established norms. He was a self-identified feminist, having witnessed the oppression of female friends and identifying a culture of women being put down. Been a Son addressed the burden of being born female. Nirvana covered the classic folk song Ain't it a Shame which mocks hypocrisy in the redneck culture. The lyric "...what else could I say, everyone is gay," in All Apologies was way ahead of its time, bringing the LGBT civil rights movement into the spotlight before there was a movement or a spotlight. Nobody pulled off sarcasm in song quite like Cobain. He was actually not forever in dept to your priceless advice. He was not apologetic at all. He was exactly who he meant to be and didn't give a damn who didn't agree. He preached a message of acceptance and being yourself above all else.


The Foo Fighters will never be Nirvana is because there is no passion. Dave Grohl is arguably one of the greatest musicians alive and his skill and versitility are always impressive... but he has nothing to say. Nirvana inspired a generation. The Foo Fighters have released more than twice as many albums but they are still not in the same league as Nirvana. Times Like These and Everlong are their most well-known songs and yet both could be described as generic love songs. They have no depth or meaning. They are literal songs to be taken at face value. The reason the Foo Fighters got radio play is because of how special Nirvana was, but Grohl has yet to acknowledge his previous band in any noticable way. I saw the Foo Fighters play at MSG on the 20th anniversary of the Nevermind album release, and although Krist Novoselic joined them on stage, he played an accordian instead of a bass and they did a Foo Fighters song and not a single track off of Nevermind.

Grohl embraced the celebrity that Nirvana rejected. He learned how to sell out. You'll see Dave Grohl at every benefit and award show and presidential banquet because he has learned the art of kissing ass and staying bland and mainstream enough to fit in with pop culture. There is nothing personal or real in any of the Foo Fighters lyrics and although they inspire a wistful reminiscence they fail to inspire the same energy that Nirvana did.

4. They're All Greatest Hits

Kurt Cobain grew up in an era without iTunes. There was a single release, typically with an interesting b-side, but every track on the album had to be just as good as the last or you would run the risk of people using the fast forward button and having their tape spin out of the casing and all over the ground. He did not believe in releasing a greatest hits album. He thought it was unfair for fans to have to pay for another album and get a bunch of song they already had. In 2002 a new Nirvana album titled Nirvana was released. It was exactly what Cobain did not want... a collection of previously released songs, with one new track to lure loyal fans into a purchase. Another greatest hits compilation was released in 2010, this one called Icon, because Courtney Love still has bills to pay.

Nirvana didn't expect to change the world. They were not trying to go viral on YouTube or get as many Twitter followers as possible. They did not take themselves too seriously and it came across in their music (and their music videos). Kurt Cobain's first demo was titled, "Fecal Matter," and although it wasn't shit, it showed that he was aware that it was raw and unrefined music. This playful attitude made the band seem real. Just a couple of good friend laughing and joking and making some kick-ass rock and roll.

It's incredible that it's been 20 years since he died. Most people my age probably felt old when 20 years had passed since Nevermind was released. It's a not-so-subtle reminder of our own mortality and yet this is a band that shaped our youth. Their songs inspired us and let us jump and scream and rebel and lash out and more importantly than anything else... they made us feel understood. It does not go without saying that Nirvana has enriched the lives of millions of young people that grew up in the 90's and the music continues to reach new generations of music lovers even 20 years later. I look forward to one day sharing Nirvana with my kids when they start to question authority and feel isolated in the strange world that is teenagedom. 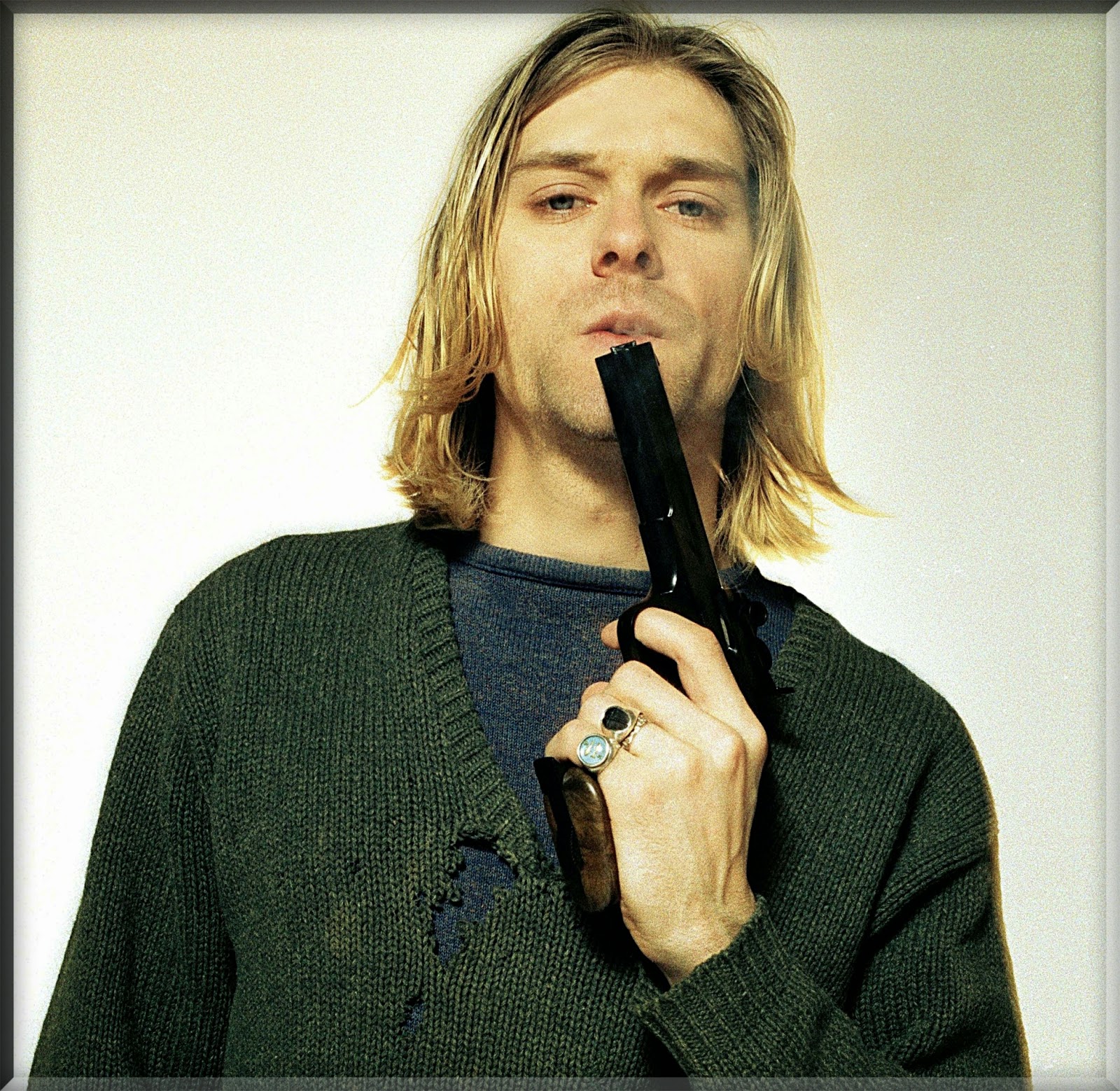 Posted by Unknown at 7:16 AM 2 comments: Links to this post